Commercial brewing is a brewery that produces brews in batches and sells them on the market. 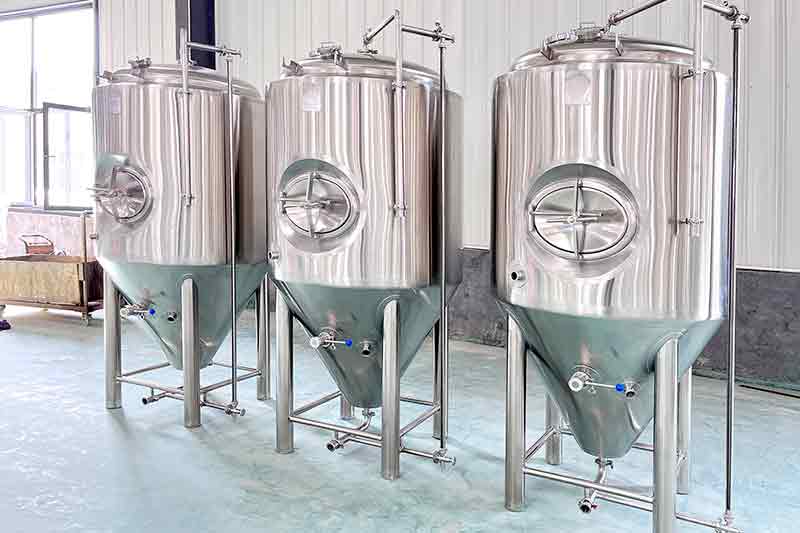 Commercial brewing is a brewery that produces brews in batches and sells them on the market. Generally, they use large brewing equipment and then pack and sell them to consumers and suppliers after brewing in large quantities.

Home brewing is the brewing of beer by ordinary people at home. Generally, they use small brewing equipment for brewing. It is a brewing hobby and hobby. you're working on and edit away. Or, click the Write button and compose something new.

Commercial brewing tends to be very productive because they have very large brewing facilities, because they are dealing with huge market demand, and because of cost, they brew a lot of beer at once.

Home brewing is often done in small batches with one's own small beer equipment, and the output is only enough for the needs of the family, so there is a big difference in output.

Home brewing often does not must a lot of equipment, and a few major beer equipments is enough for brewing, because the steps of home brewing are simple and fast, and there is no uniform standard, but commercial brewing is completely the opposite. Commercial brewing requires a lot of cumbersome equipment to complete the various steps of beer brewing, and its equipment configuration is often very complicated, and some special equipment will be added.

The cost of home brewing is only a few hundred to several thousand dollars, because the equipment used in home brewing is very low, while commercial brewing often requires hundreds of thousands of dollars of equipment for production, while various labor, raw materials, site rent, Marketing, and taxes are also a huge expense.

Home brewing can make any kind of beer, and you can keep trying new recipes to create better beers. If you fail, it will not affect you, because beer brewing itself is a kind of entertainment, you can Find the joy of sudden success in constant failure, and you can brew any kind of beer you can think of.

There are often not so many types of commercial brewing. A brewery may only produce a few flavors of beer, because they have to consider the market demand to produce, and they will only produce those types of beers that have a large market demand. For the types with little demand in the market, they will not produce in large quantities, because even if they are produced, they will be unsalable due to insufficient demand.