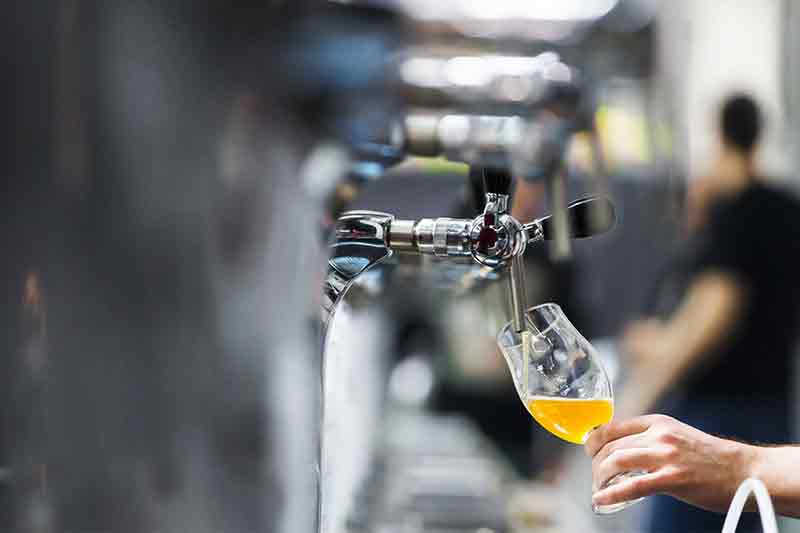 1. In actual production, the output of hot wort and cooling loss are inconsistent, so the output of cold wort is also not fixed, but when adding yeast, it is still added according to the original actual amount, resulting in a change in the actual addition ratio. After each addition of yeast, the number of yeast cells in the wort is very different, which will affect the speed of fermentation.  the correct method of adding yeast should use the number of yeast cells as the control standard, that is, after stirring the added yeast, check the number of yeast cells.
2.For varieties with high concentration of original wort, including beer produced by high concentration fermentation, the amount of yeast added should be controlled higher
3.The cooling temperature is high, the yeast reproduces , and the wort for the initial fermentation can be added less, so, more can be added.
4. The yeast is strong, the number of active yeast cells is high, and the fermentation performance is good, the amount of addition can be less; otherwise, more can be added .
5.For the yeasts recovered and stored, the number of times of washing with ice water is more, and the cold storage time is long, so more can be added , and the activation effect is obvious before adding.

▲：Why does my own wine get moldy?
▼：How to build your own beer brand?